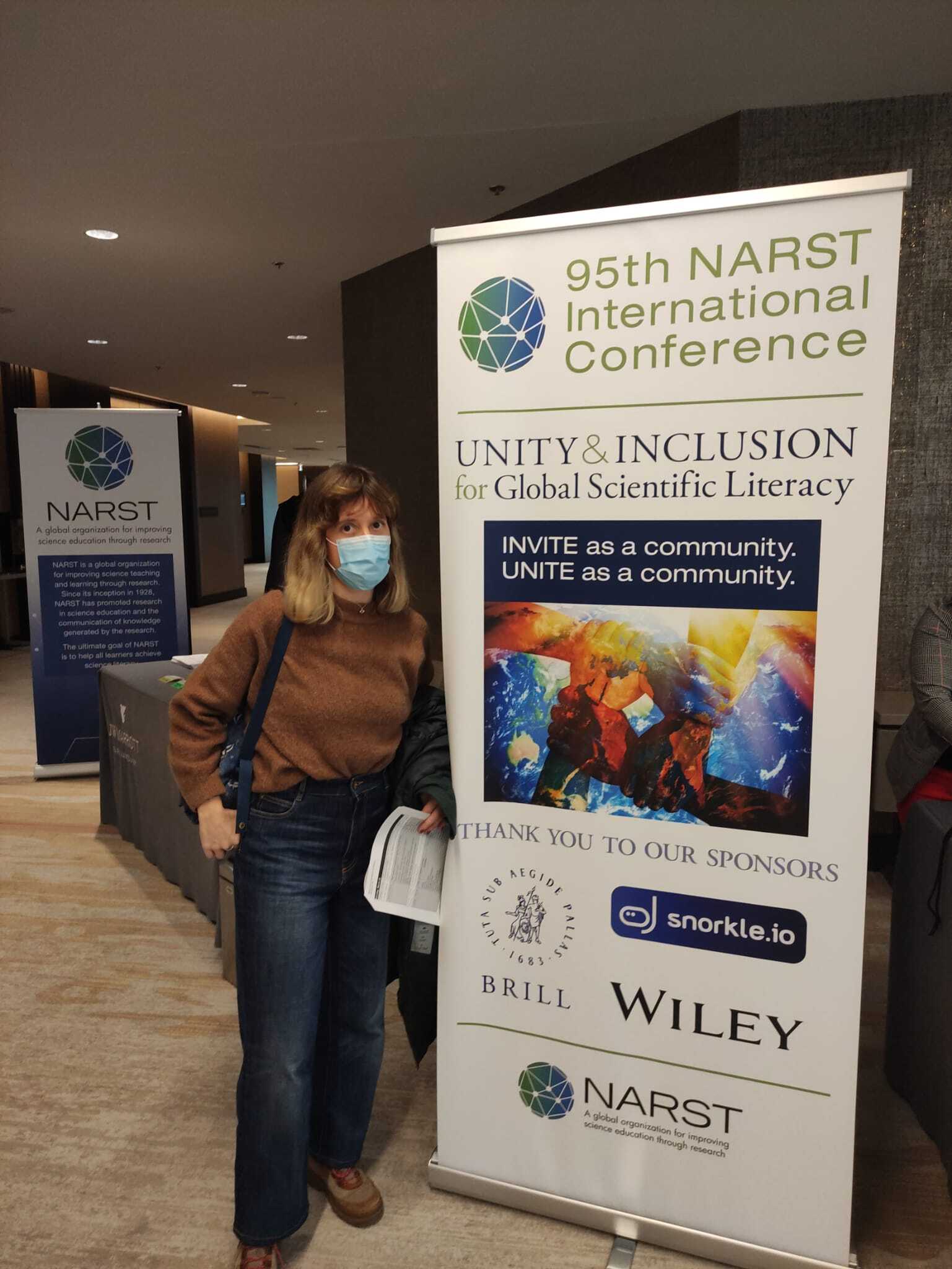 RODA researchers from the area of Didactics of Experimental Sciences are participating these days in the NARST International Congress in Vancouver, Canada, both in person and virtually. The works presented are part of researches developed by Noa Ageitos, Blanca Puig, Pablo Brocos Mosquera and María Pilar Jiménez Aleixandre.

The work presented in Vancouver by Noa Ageitos and Blanca Puig deals with the learning of evolution through the elaboration of models by the students. The researchers present classroom results on how models support evolutionary reasoning processes in a socio-scientific context.

Pablo Brocos and María Pilar Jiménez Aleixandre present a virtual paper in the “Invited ESERA Symposium sponsored by the International Committee”. The paper deals with socio-scientific argumentation and was selected for its scientific quality for this congress.